Pull Factors from Guatemala to the U.S.

“I thank God for the United States because of my jobs that allow me to provide for my family.”

"My wife does not work because there is no work for her there. That’s why I am here."

“Sometimes their best option is to give the gang members 50 percent of their day’s work."

“The community here understands that this is a safe place to come and where you will be treated with dignity and respect.”

The Pull to the U.S. from Guatemala

The people of Guatemala struggle daily with poverty, gang violence and the strain of living under government corruption. Many see only one option in order to better the lives of themselves and their families. That option is to leave their home country and travel to the United States. It has seemed like the only way to find a better life.

The pull factors that draw the Guatemalan people to the U.S. range from safety, opportunities, freedom and money. 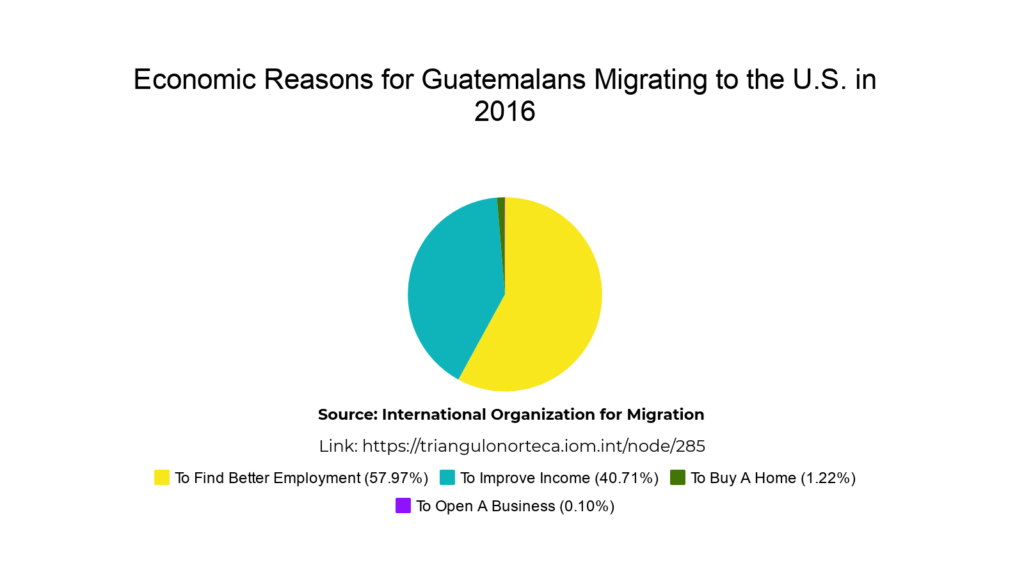 According to the Survey on International Migration of Guatemalans and Remittances 2016 by the International Organization for Migration (IOM), 91.1 percent of Guatemalans immigrate to the U.S. for economic reasons. Per the report, 56.8 percent of Guatemalans migrate in search of better employment, 32.9 percent to improve their income, 1.2 percent to buy a home, and 0.1 percent to open businesses. The IOM also found that 3.7 percent migrate for family reunification while only 0.3 percent migrate due to violence. There are 0.2 percent that migrate as a result of extortion along with 0.2 that migrate because of gang problems.

Guatemala is in its current state because of several factors. One reason is war. From 1960-1996 Guatemala experienced civil war where the army destroyed 441 villages and spread violence into urban areas as well as the capital.  More than 150,000 peasants were killed, 45,000 disappeared, 500,000 were internally displaced, and another 100,000 became refugees.

The war also lead to an availability of weapons. Gangs quickly took advantage of this and armed themselves. Today, these same local bosses and drug traffickers have gained the community’s trust and loyalty through their provision of public services. They have powerful political connections that enable them to block the type of tax increases that would allow the government to provide for citizens with competing support. The Guatemalan state finds itself in a cyclical bind, then. Organized crime groups are able to maintain their power by exerting political influence over tax policy so that the government remains poorly funded.

According to U.S. immigration lawyer Oscar Barbosa, Guatemalans today earn $6 a day and then have to give four of those dollars to the gangs. The economic struggles created by the gangs and the government lead the Guatemalan people to try and leave for the U.S. where they can find safety and make more money.

Augustine Chavez and his son Ervin moved to the U.S. from Guatemala and continue to send money back home to their family.

When Augustine was 32-years-old, he made the decision to come to the U.S. He left his home country because of its economic situation. Even though he has a lot of family living in Guatemala, there were no jobs available that would allow him to provide for his family.

“In Guatemala, I have two kids and my wife. My kids are young and are currently in school studying. My wife does not work because there is no work for her there. That’s why I am here so they can continue to study, and so I can provide for them to pay for their expenses and the things that they need,” Augustine, now 66, said.

Augustine currently works at the Brookwood Cafe in Hamilton, N.J., and also at Catholic Charities in Trenton, N.J. He continues to thank God for these jobs that allow him to send money back home to his family.

“It does hurt because they are so far away, but I am able to talk with them on the phone,” Chavez said. “I thank God for the United States because of my jobs that allow me to provide for my family.”

Carlos Avila has worked for Latino newspapers and The Trentonian and has been a part of the Latino community in New Jersey for years. He explains, “I believe they come to this country because in Guatemala there is so much poverty and corruption.”

Avila describes how the rural areas of Guatemala can be even worse for families who have around four to six kids. When there is also no father figure around it can be even more difficult to provide for those kids and put food on the table. 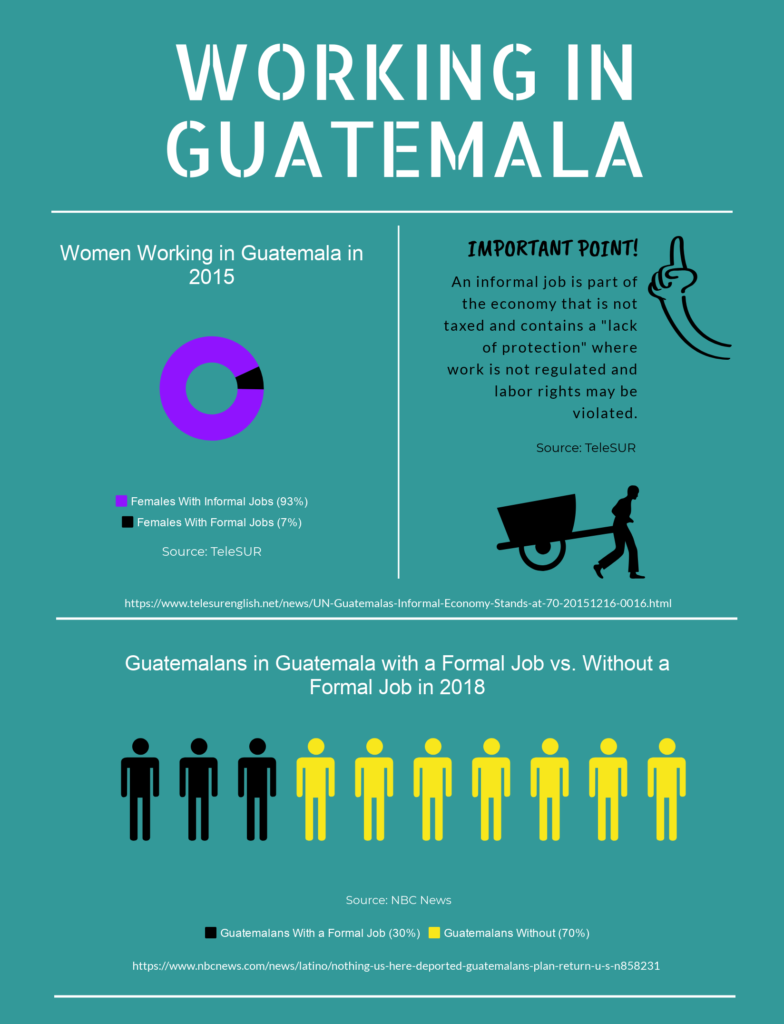 “The government is supposed to work for the people and uplift the people. The politics in Guatemala needs to turn into something based more on ethics,” Avila said.

The president of Guatemala, Jimmy Morales, had promised to end corruption, but then ended up being under an investigation for his previous political campaign. TeleSUR reports, “He received illegal campaign donations of up to $800,000 (U.S dollars) from prominent members of the business community for his 2015 presidential campaign. His team also failed to report any of the business donations.”

“If you open up a business in Guatemala, the gangs that are there might come on a regular basis asking for money,” he stated. “Sometimes their best option is to give the gang members 50 percent of your day’s work and this is another issue the Guatemalan government needs to address.”

El Centro, located in Trenton, N.J., is a program that helps the Spanish-speaking community with basic needs, job training, ESL and parenting classes, and immigration services. There are no appointments required and most services are offered free of charge. El Centro provides experienced, BIA-accredited (the Department of Justice's certification of non-profit legal immigration programs and their staff) immigration services and has helped many residents achieve citizenship and naturalization. Legal assistance for immigration services requires a modest fee. Children also receive assistance through mentoring and after-school programs, as well as a two-week summer camp program.

Roberto Hernandez is the director of El Centro and regularly works to help the local Latino population in the Mercer County area of New Jersey.

“A majority of the Guatemalan population here in Trenton comes from a town in Guatemala called Salcajá,” Hernandez stated. “Similar to many immigrants, first the men came to find jobs so they could send money to their families.”

Unfortunately there are a lot of issues that come up for these men that lead them to fall into issues of drug or alcohol dependency, depression, loneliness, and language barriers. El Centro helps to work with these individuals and families.

“Anyone that comes either through la frontera (the border) with a visa or other ways, one of the first places they come to is El Centro,” Hernandez explained. “The community here understands that this is a safe place to come and where you will be treated with dignity and respect.”